On today’s episode N.O.R.E & DJ EFN chop it up with the legendary Royce da 5’9”. Recently, Royce released his latest album “The Allegory” a collection of 22 songs entirely self produced by Royce himself. We are also joined at the DC table by the legendary producer himself, the talented Mr. Porter.

In this episode The Champs along with Royce and Mr. Porter discuss a lot. With topics such as beef in Detroit’s Hip-Hop scene, Proof & D12, to stories about their personal Hip-Hop journey. The guys also discuss Hip-Hop’s younger artists, the importance of accountability and how social media has changed the industry.

As Royce shares the stories of writing for Dr. Dre & Diddy, he also talks about the importance of artists creating self defining albums and shares how he was dropped from Tommy Boy Records. Royce also tells the story of the rap battle between himself, Eminem and Pharrell and how they all eventually record music together that was never released!

Royce also shares how him and Eminem talk about a variety of topics, but that “perspective” is a major topic in their conversations. The way they see things and the way they think other people see things.

In this episode Royce opens up and shares how alcohol led to his downfall and how hitting rock bottom affected his life.

Drink Champs Army, help us celebrate and congratulate Royce on 8 years of sobriety. An incredible achievement that should be recognized! 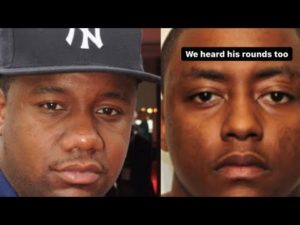 “I heard murda mook rounds” (I’m about to LOSE this bet!) 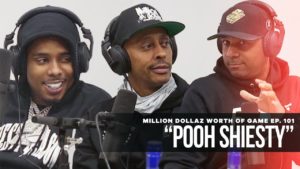 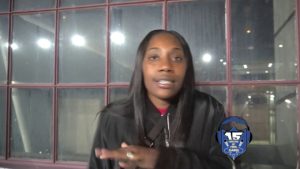